On Wednesday 27th July 2016, Taoiseach, Enda Kenny met with the Dublin North Inner City Coalition Convenors. Here you can find a copy of the meeting minutes. More details to follow.

HOPE is very excited to hear about this attempt to solve the difficulties of drugs and gang related violence facing the area. The high levels of social inequality suffered by the communities of the NIC have been growing for decades. This investment – which has been dedicated to local sports facilities, street and building maintenance and recovery projects – is long overdue. While this endeavour has come at a great cost to the NIC communities, it is with great excitement that we welcome this new government led initiative. 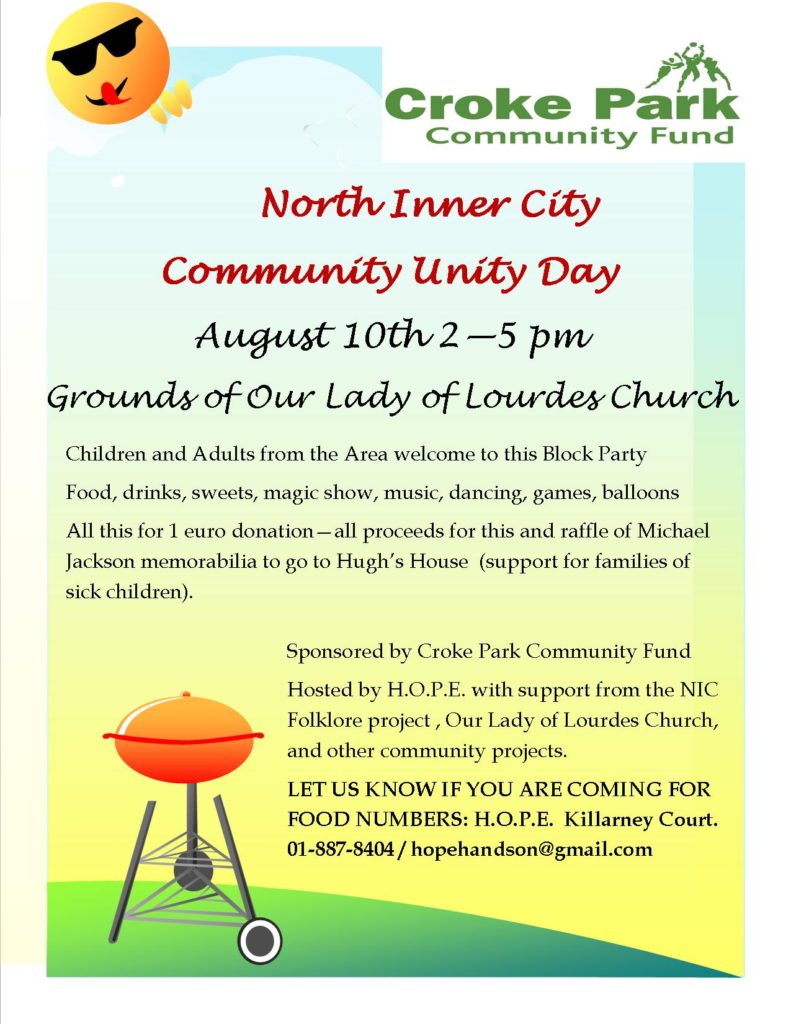 HOPE is hosting a Community Unity Day for the North Inner City. We would love if you could participate. We are looking for face painters and people to play games with the children. If not, please come along. Bring the whole family! Everything will be provided for free. We are asking for a one euro donation to support Hughe’s House. Hugh’s House provides  accommodation, 365 days a year, for Parent’s and family of children in Temple Street and Rotunda Hospitals.

This event was made possible through sponsorship from Croke Park. Is supported by the Inner City Folklore Project and Our Lady of Lourdes Church. 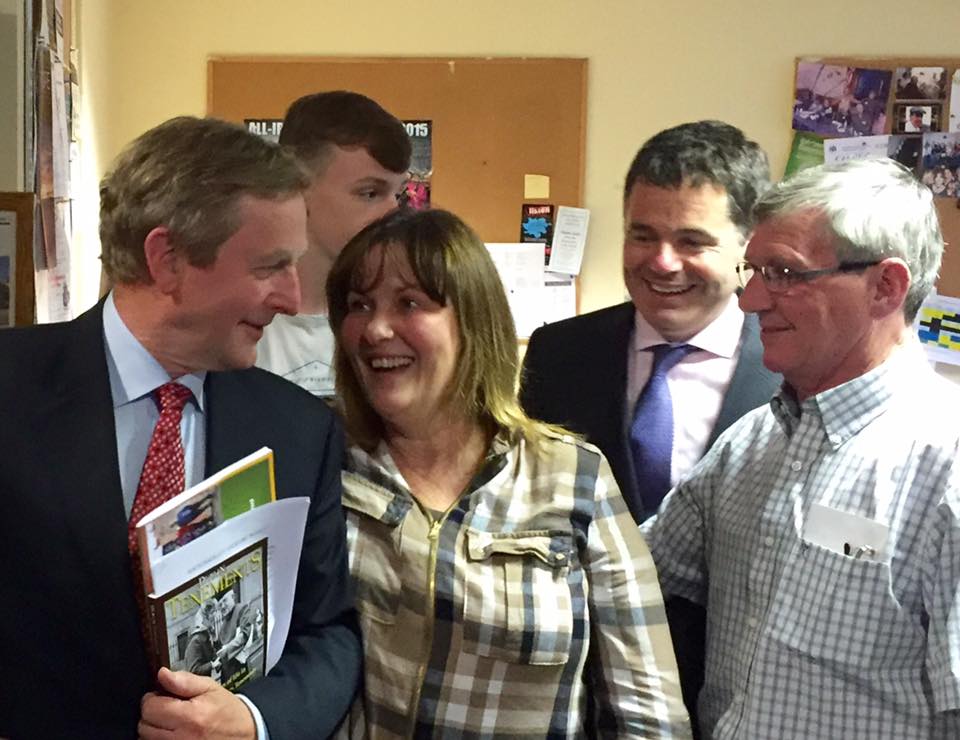 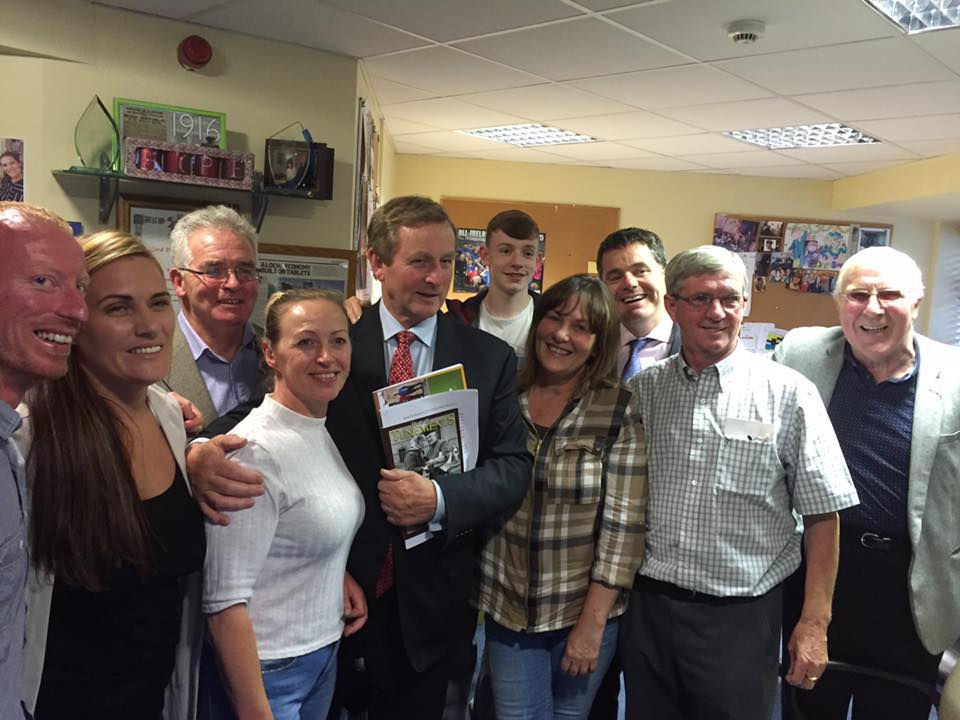 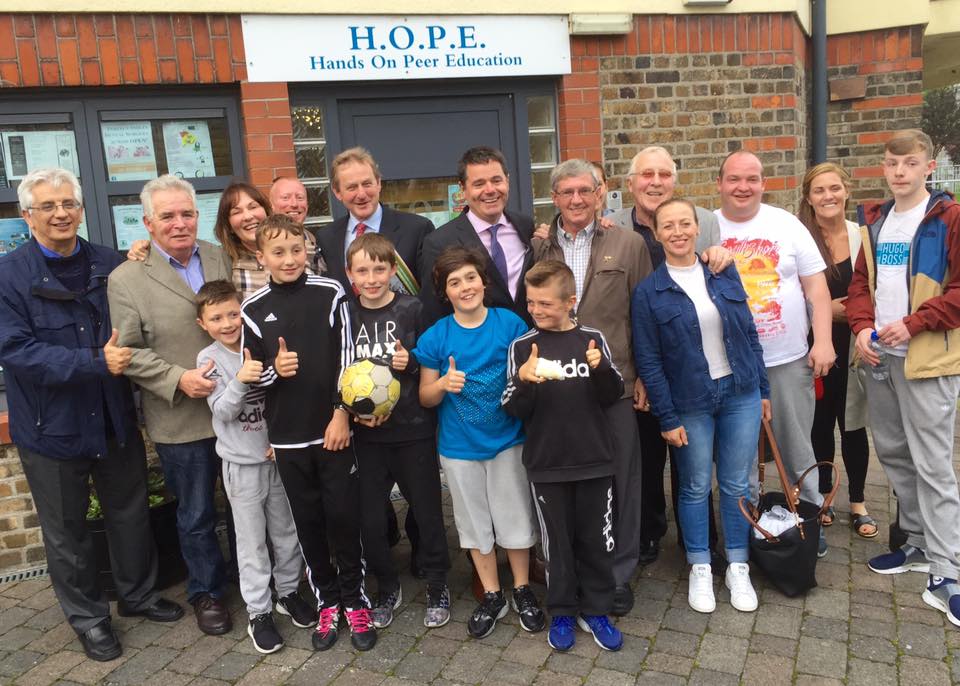 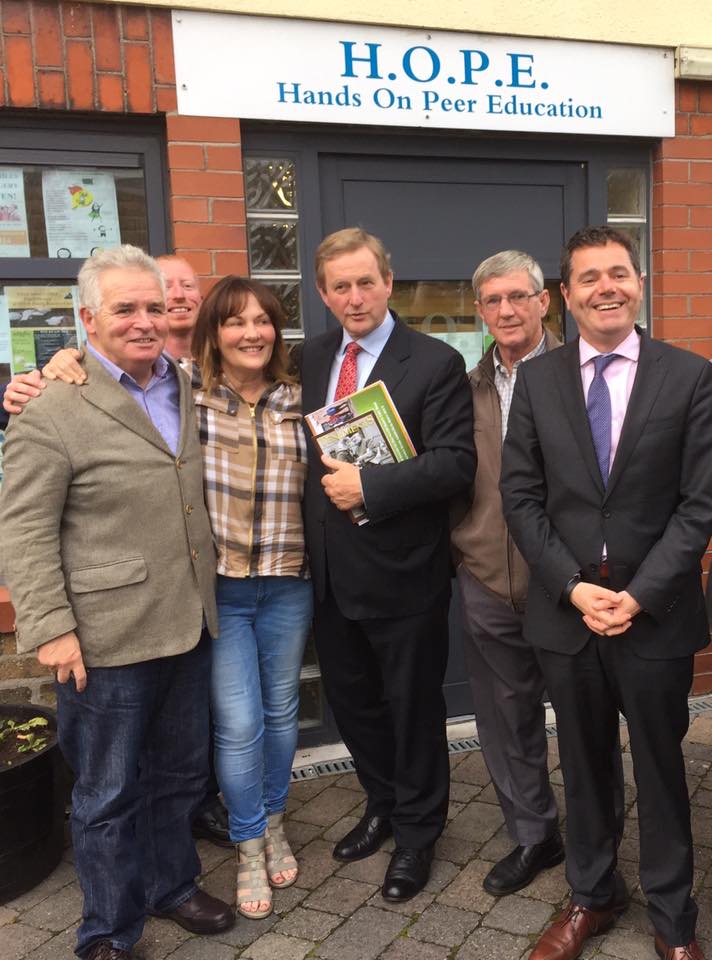 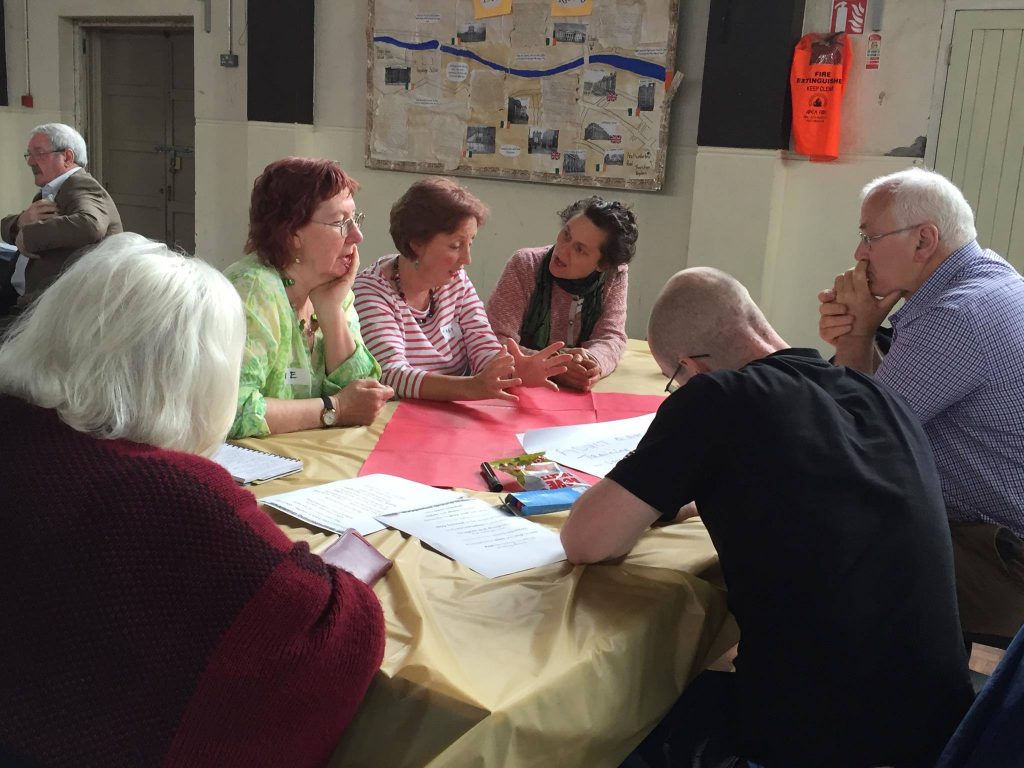 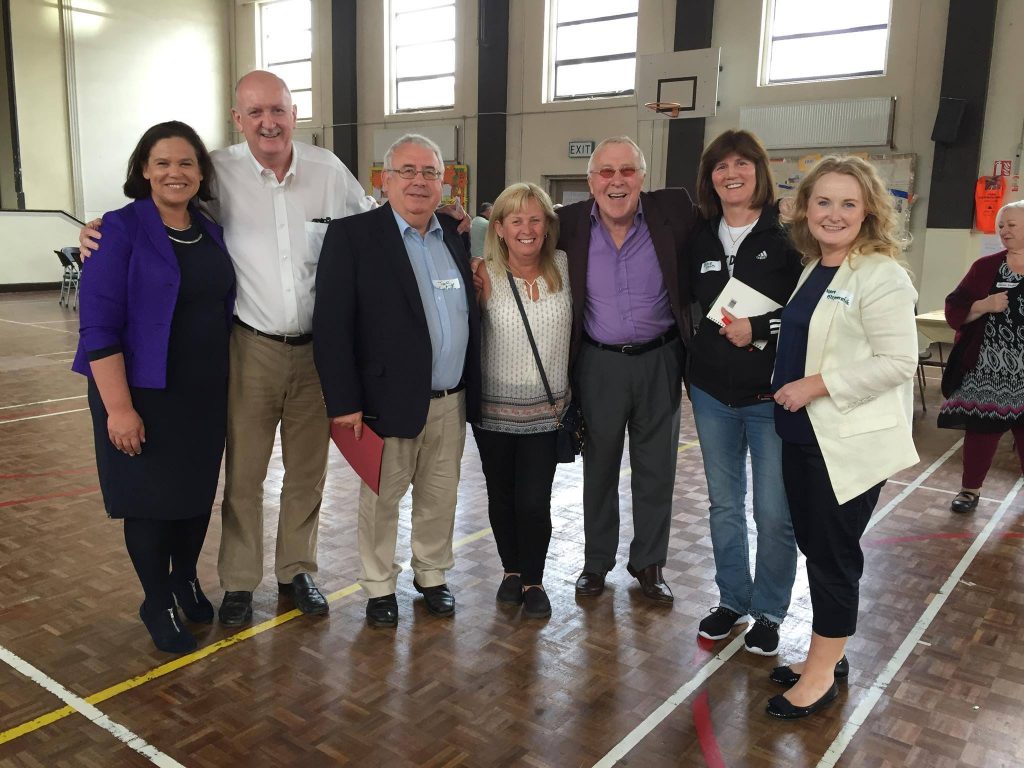 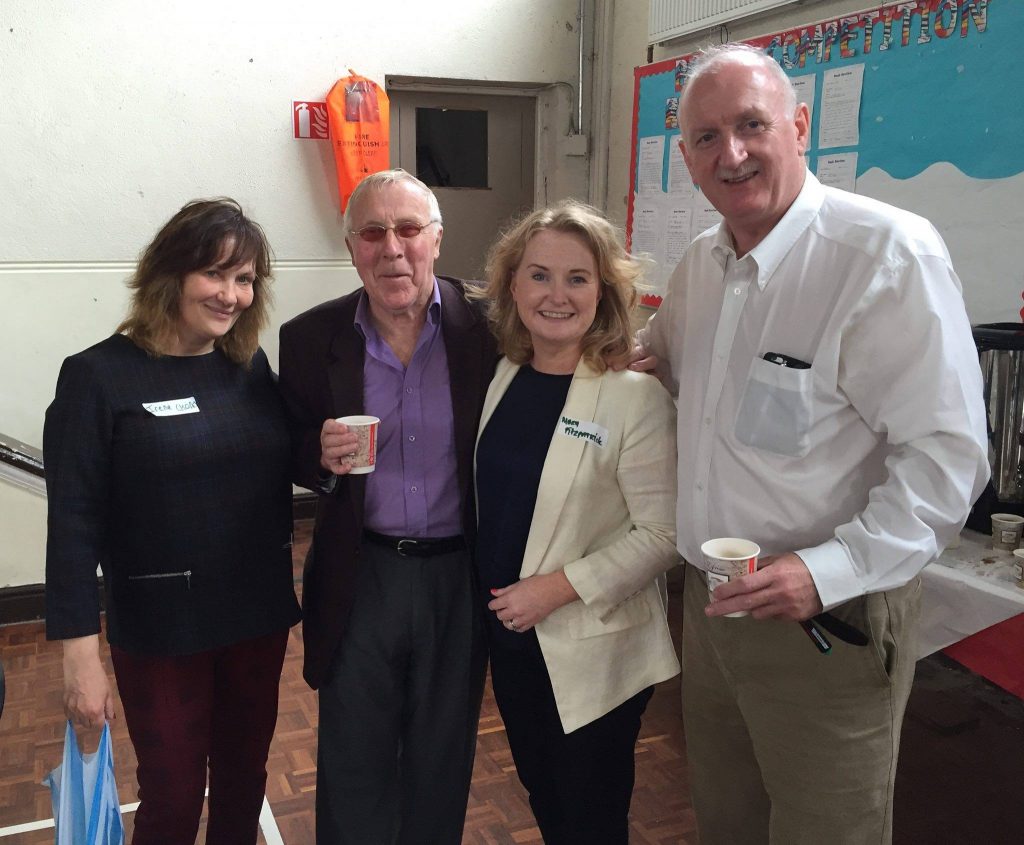 Independent Councillor for the North Inner City, Niall Ring, discusses last week’s visit from the Taoiseach, the Tainiste and several senior government ministers on Wednesday’s episode of RTÉ Radio One’s Morning Ireland. The Taoiseach is quoted as being hopeful after meeting the various groups representing the community at last week’s meeting. Cllr. Ring highlights the need to break the cycles that the community is caught up in. The cycles, for example, that lead to intergenerational drug and alcohol abuse, poverty and those factors that preserve the high levels of social inequality suffered by the community. The Councillor further highlights the need for funding for the small projects that are on the ground working with those in need in the community and reiterates the Taoiseach’s promise to develop these projects.

Just a quick reminder about the community brainstorming session this Wednesday. The event is open to any and all interested parties who would like to see a change in the North Inner City, be they resident, or otherwise. The main task of this event is to get as many ideas as possible together so we can provide the new Government-run task force with a list of the most crucial issues, alongside creative solutions. If there are things you have in mind that you would like to be brought forward and cannot make it, please make yourself known otherwise or send someone in your place.

With the number of criminal fatalities on the rise over the last few months, the treacherous levels of social inequality suffered by the community of the North Inner City has been at the centre of the media spotlight over the last few months. After Government came to discuss what is needed with the community earlier in the week, RTE came to the community to broadcast a discussion with community representatives. On RTÉ Radio 1’s ‘The Late Debate’ Cormac is joined by Pascal Donohoe, Minister for Public Expenditure and Reform, Mary Lou McDonald, Deputy Leader of SF, Joe Costello, Labour Spokesperson for Urban Regeneration, Independent TD Maureen O’Sullivan, Christy Burke, Former Lord Mayor, Gary Gannon, Social Democrats with numerous community activists.

The North Inner City has been victim to high levels of social inequality, which has become the centre of national media’s attention in the light of numerous criminal fatalities suffered by the community in the recent months. In the aftermath of these criminal fatalities, the four parishes that make up the community of the North East Inner City, marched together as one, in an attempt to speak out collectively against the recent surge in violence. This march, however, had fallen on deaf ears and the community suffered another criminal fatality within mere days. With the surge in criminal violence came vast swaths of media attention and a public outcry for the government to step in.

Last night, Monday 16th June 2016, Government ministers descended on the North East Inner City to open a dialogue with the local support groups in an attempt to develop a structure and a strategy for a new community task force. H.O.P.E. was present advocating abstinence-based recovery and the facilities required to provide such a service. Also present were the North Inner City Older Person’s Group advocating support for the older persons of the community and promoting tourism and vitality in the community was Terry Fagan detailing his own project, the Community Folklore walking tours.

RTÉ has reported a positive result from the Taoiseach, although the cabinet has yet to meet to discuss the results of yesterday’s meeting. Whatever their decision, the community is already preparing for the next step in developing the new Government-run task force. Next week, there will be a public meeting. All members of the community are invited to take part in the brainstorming session in an attempt to formulate options for the new community task force. The event will take place next Wednesday morning in O’Connells School, School Hall, North Richmond Street, Dublin 1. Registration will begin at 09.30 and everyone is invited. Please stay tuned for more information.