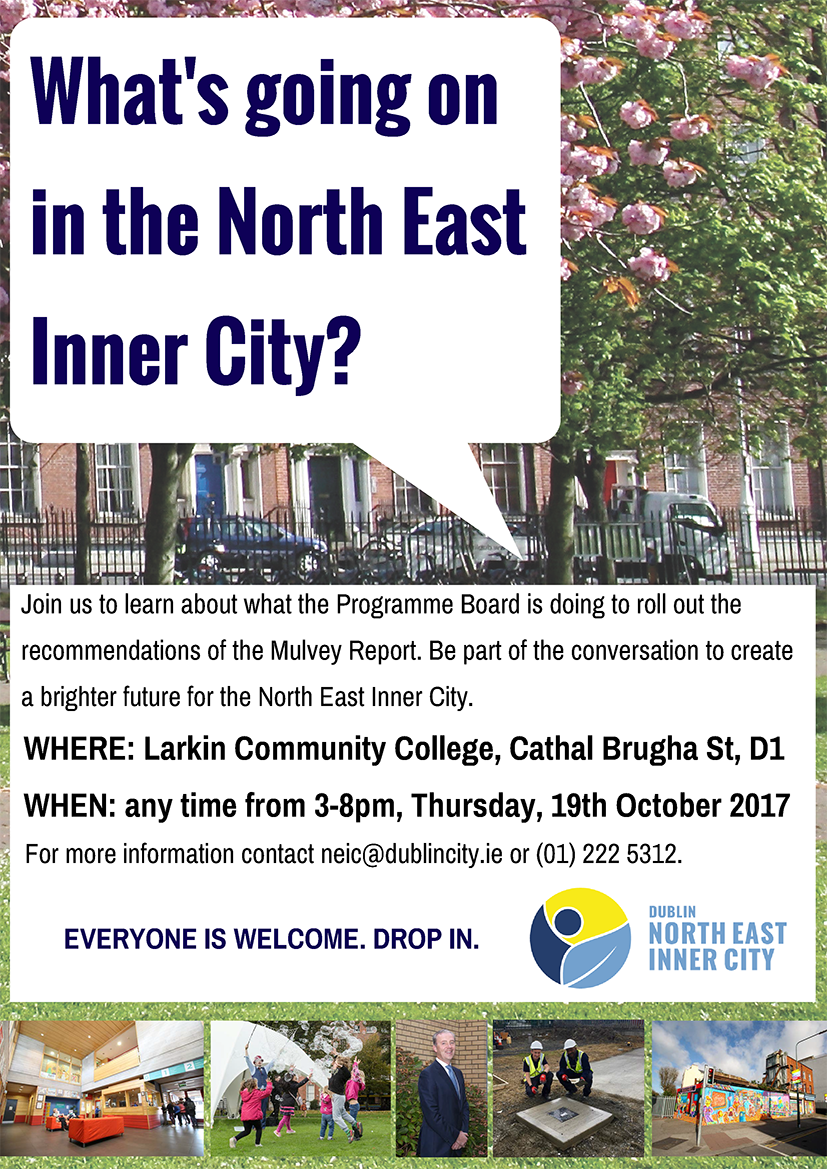 Following the publication of Kieran Mulvey’s independent report in February 2017, Michael Stone has been appointed Chairperson of the Programme Implementation Board for the North East Inner City (NEIC) Initiative. Work has commenced on the 54 actions in the Mulvey report by the new Programme Office and four dedicated sub groups.

An information day is planned for Thursday, 19th October where local residents and those who work in the area can drop in, learn more and have a say about what is happening in the community. The event will take place in Larkin Community College from 3pm to 8pm and people are encouraged to come along at any stage. Members of the Board will be joined by others from community groups, the Gardaí, government departments and local organisations. There will be a focus on four themes:

Commenting on this open invitation, Michael Stone said: “I am determined that the NEIC Initiative will be successful and will make the North East Inner City a safe, attractive and vibrant living and working environment for all. Community involvement is key to the success of this work.”

The venue is fully accessible and tea and coffee will be available. Everyone is welcome.
– More information and images are available from [email protected]
– Kieran Mulvey’s report: https://merrionstreet.ie/MerrionStreet/en/ImageLibrary/20170218MulveyReport.pdf