BLOOMSDAY IN THE MONTO; THEATRE IN THE PARK 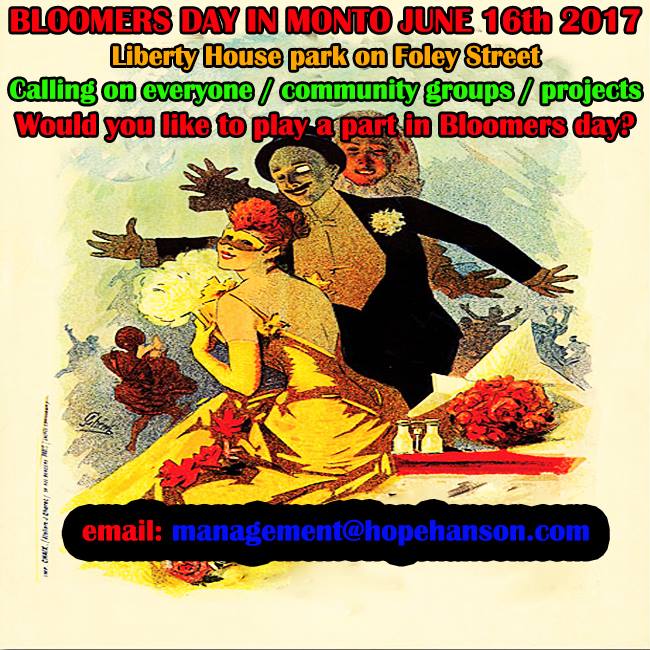 Dublin, Ireland: The North Inner City Folklore Project & H.O.P.E. will host Bloomsday in the ‘Monto’. Come and join us for an afternoon of theatre and afternoon tea in Liberty House Park, Foley Street, Dublin 1 on Bloomsday, Friday 16th June 2017. Kick-off is at noon, sharp. The event is free of charge and open to all.